Here we go, the moment I haven’t been waiting for, the second HSG Test. I was hoping this day would never come, that I wouldn’t have to put myself through the immense pain of another HSG test all over again but I guess when the first one is inconclusive and your only other option is to spend about $6,000 for a tubal re-canalization you may not even need, you just go for it.

I had been putting this off since our first IUI failed, which to be honest was about 3 months or so. I didn’t want to deal with it, especially around my birthday and after the emotional toll the IUI took on us, on me, I needed a break. When I was finally ready to make the call to Kaiser to schedule the appointment, which has to coincide with my menstrual cycle by the way, I realized that the test date might fall on a day when Jon would be out of town on business. I didn’t want to do this without him, I needed his support. I came to terms with the fact that I might have to wait one more month before we could proceed with the test, and I was okay with that. Luckily the timing worked out perfectly (good job body for doing something right for once) and I was able to schedule the test for the week after Jon came back from his work trip. I was given the instructions, which included a pre-HSG pregnancy test. You know, this really bothers me, I get it, I really do, they need to be sure I am not pregnant before shooting dye up my cervix and *fingers crossed* ALL the way through my Fallopian Tubes but come on, what a slap in the face to put an infertile person though failed pregnancy test after failed pregnancy test. Anyway enough complaining, onto the test…

I managed to stay calm up until the day of, well, let’s be honest the anxiety started kicking in the day before. I have to say that in a way it was easier this time around because at least I knew what to expect, but at the same time, that is what made it more difficult as well.

I checked into our RE’s office and then proceeded to the Hospital’s radiology department where it felt like forever before I was called in for the procedure. Jon and I had already discussed that we would do whatever we could to try and get him in the room with me during the procedure, he’d sign a waiver, wait outside during the x-ray itself, anything. We had gone through every scenario we could think of. When it came down to it, the Hospital’s policy just wouldn’t allow it but at least he was able to wait closer by in a different waiting room than before. After a hug goodbye, I proceeded to the changing room where I changed into my gown, and soon after the nurse lead me to the procedure room where they had me lay on the cold metal table and I waited some more. The nurses talked to me for a bit and took some preliminary x-rays. I explained to them that I had, had this procedure done earlier this year for the first time and it wasn’t a good experience, that I knew what to expect and was hoping this time would be different. The Doctor who was performing the procedure came in, and begin. I tried to stay very calm, taking deep breaths and telling myself that the pain was only temporary. Before I knew it, the dye was being injected and I was hit with that all to familiar pain. I have to admit, while it was very painful, it was much more bearable than the last go around. The dye was injected three times, each ending with me telling her to stop as I had hit my pain threshold. After the third time she told me we were done and that they saw the dye spill all the way out of the other side of both tubes. With a cry of relief and excitement, I took a breath and realized I was on the other side of all of this, she said the thing I wanted to hear. I couldn’t believe it, I did it, I made it through and got the results we wanted.

I had to wait for a week to get the final results and details from our RE. The only thing I was worried about was the placement of my Fallopian Tubes, as I forgot to ask the Doctor who performed the HSG that question. I tried to stay positive and not dwell on that. The appointment came around and Jon and I took extended lunches at work to attend the appointment. I’ve got to say, I really love Jon and his dedication to this process. I told him he didn’t have to come as it’s hard for him to get time off of work, but he insisted, saying that this was our journey together. Anyway, enough of the sappiness, onto the results! So we made it to our RE with plenty of time to spare, we waited in the room for just a bit before he came in and sat down. I immediately started asking questions. Jon and I had discussed the points we wanted to go over prior to the visit just to make sure we didn’t forget anything.

We are both just so ecstatic by the results and think we are on the other side of the hump! We will keep you updated, before you know it we may just have some other news to share! 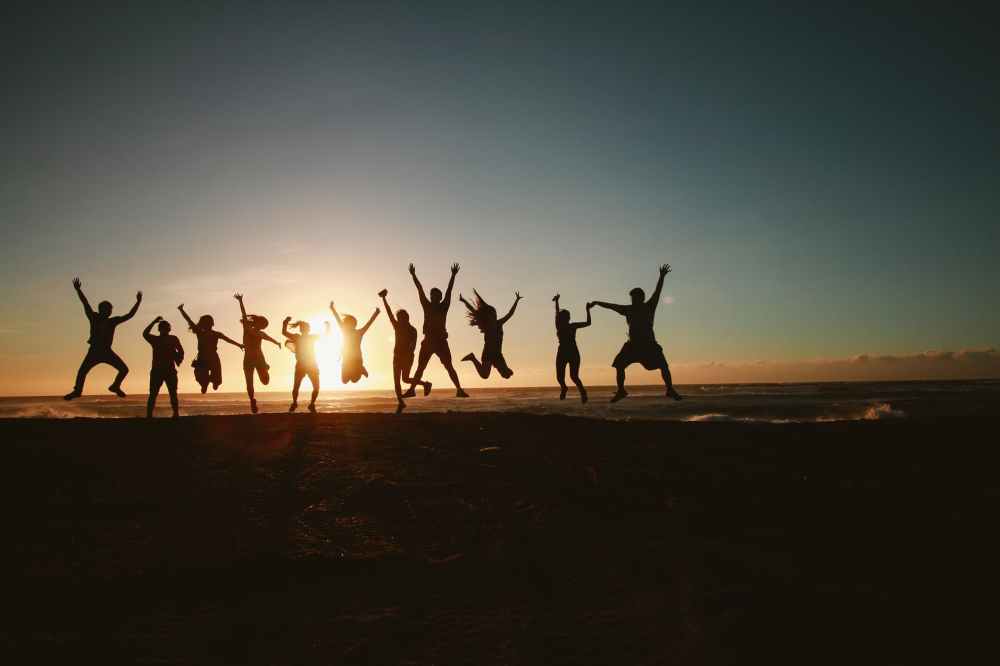