With Labor Day approaching we decided to take full advantage of the long weekend and the fact that we still live in the state of California for the time being to see some of the beauty the state has to offer.  Jon had never been to Sequoia or Kings Canyon National Parks so I knew that was something we had to do before we left.  This was the perfect time!

I spent a little time researching hotels and came across the Hampton Inn in Visalia which was perfect, close enough to the park entrance but at an affordable price.  I booked the hotel for Saturday night, and it was a plan!

Early Saturday we got up and headed up north to our first destination, breakfast.  We didn’t do much research before our trip but enough to know where we wanted to eat and some of the things we wanted to see.  I came across Valhalla on Yelp.  The reviews were good, the menu sounded yummy and the pictures looked great so that was our spot.  It took us about three hours to get there and by the time we did we were hungry.  Visalia is a cute little town, so the wait was short before we were seated.  Oh! I almost forgot to mention, that we got surprised with a neat little tutorial before we were seated on how to make Abelskivers (round danish pancakes).  We even got to try some too!  They were delicious and a neat start to our experience there.  I decided on the banana walnut pancake platter with scrambled eggs and the homemade patty sausage.  Jon got the blueberry streusel french toast platter with the link sausage.  Overall we liked the sweet items we chose but the savory items left something to be desired. 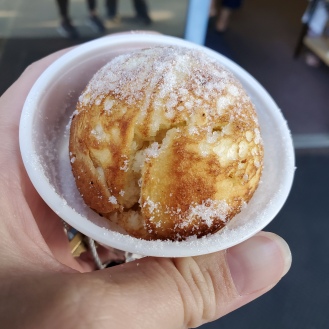 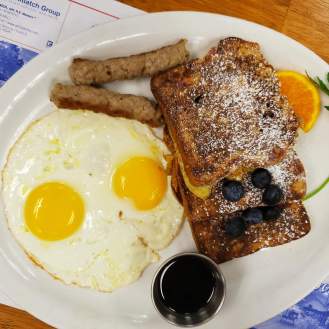 After breakfast we of course had to stop at Starbucks to grab a Venti Starbucks Double Shot with Pumpkin Spice Sauce to get us through the rest of our day.  Oh my gosh, it was so delicious!

It took us about another hour I would say to actually make it into the park.  The long winding mountain road isn’t for the faint of heart and it takes a while to get to the pretty part.

Our first stop was Kaweah Lake.  It looked really pretty from the side of the road so we decided to stop and take in the sights.  We made our way down to the river which ran into the lake.  It was gorgeous and a neat little place to stop, get some wading, relaxing and pictures in before heading into the forest. 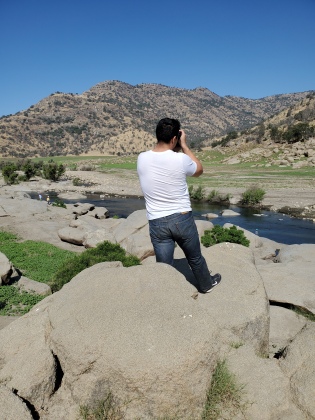 After scaling a small rock wall up to the car which was actually quite fun and a bit adventurous we made our way into the Giant Forest.  You could tell Jon was in awe of the larger than life Sequoias and breath taking vastness of the forest.  It was a very busy weekend so most of the turn offs were full.  Taking pictures was quite a task but we managed to get some despite the obstacles. 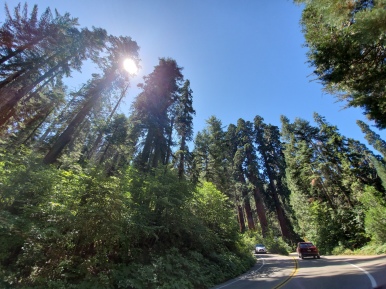 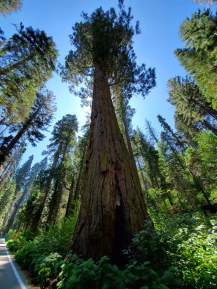 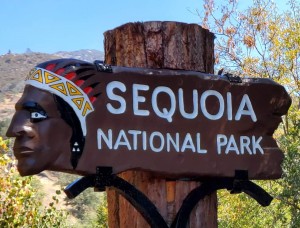 While we wanted to stop and see the General Sherman Tree the lots were full.  I wish Jon could have seen it, but it just means we need to come back another time.

We stopped a few more places throughout the park before leaving.  Like I said, we will definitely need to come back to see everything that the park has to offer.  We made it out pretty quickly which gave us a fleeting idea of heading over to Yosemite but as our tummies started growling and the clock started ticking we decided an early dinner would be a better idea. 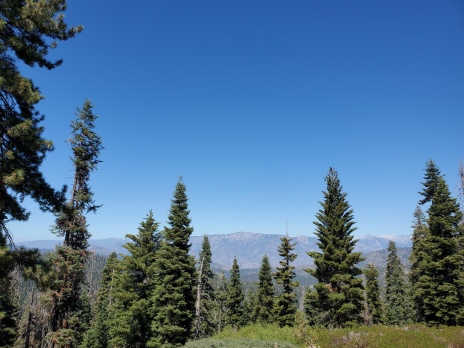 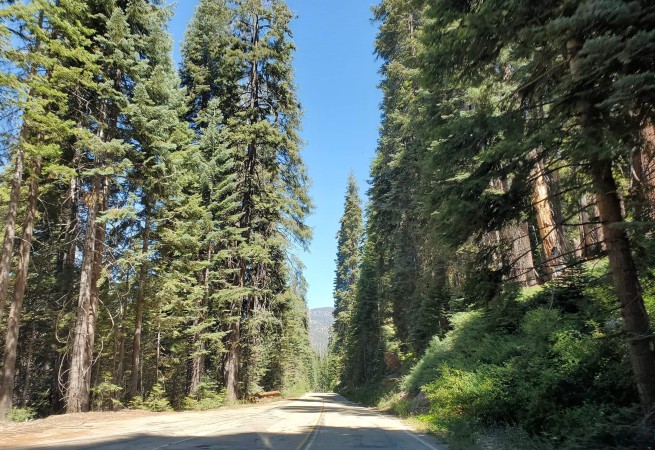 During a previous trip to Yosemite we ate at Westwood BBQ & Spice Company in Fresno.  Remembering just how yummy is was, we were very excited to eat there again.  After being seated we browsed the menu and it seemed as though it has changed.  Options were added but some of our favorites were taken away.  We were a bit bummed but decided on the following, a couple of alcoholic beverages for Jon, a strawberry lemonade for me, some brisket nachos to share, a bbq burger for me and a brisket sandwich for Jon.  The whole experience was off, from the service to the food.  Our waitress was short with us and forgot about our nachos.  When she finally brought them after we mentioned we hadn’t gotten them yet they were soggy.  The other items were either entirely too salty or under seasoned.  The waitress did not offer a discount on our nachos or even an apology.  Needless to say this was a miss for us and we will not be back again.

After our disappointing dinner we decided to go get something sweet.  There were several very yummy sounding ice cream spots in town so we picked one off of Yelp and headed there.  On the way however we saw a Dutch Bro’s coffee shop and the idea of ice cream went right out the window.  See, we don’t have Dutch Bro’s where we currently live so when we see one, it is a must!  We got our usually a Almond Bar freeze with whipped cream and caramel.  As usual the drink was delicious and the service was amazing!

We headed back to Visalia where we were staying for the night.  Before checking into our hotel we overshot our destination just a bit and hit up the Tulare Outlets.  After browsing all of the stores… and of course buying a few things we headed to our hotel.  The Hampton Inn is located right off the freeway but is surprisingly quiet.  The service was top notch and the rooms were nice and clean.  Overall we were very satisfied and would definitely stay there again.

I crashed pretty early and Jon followed soon after.  We got up fairly early the next day to make our way home.  We stopped at Starbucks for Coffee and McDonalds for breakfast before getting on the road.  Near Gorman, about the halfway point between Visalia and our home are the Tejon Outlets.  We decided to make a quick pit stop and check out the stores.  I have to say that I liked the Tulare Outlets a bit more.  This one did have a Pottery Barn Outlet Store which was a pleasant surprise however.  We didn’t buy anything this time and finished our trek home.

Sequoia and Kings Canyon National Parks are beautiful.  I really suggest at least two days to really see everything.  There were a lot of things we wished we would have seen like the General Sherman Tree, Hume Lake, and the Drive Thru Tree… just to name a few.  If you have the chance to visit, I highly recommend you do.

As always, traveling with my love is one of my favorite things to do.  Until our next adventure, thanks for stopping by.