For many years we have been contemplating about moving to the Las Vegas area.  Literally every time we would go and visit Las Vegas we made it a point to visit the community we are now moving into.  We would tour the model homes of every builder and dream about what our lives would be like if we were ever to buy one.  It was always a dream of ours to someday buy a home there but we never quite knew if we could make it into a reality.

I can’t tell you how many people told us to stop thinking about it, literally jump in feet first and figure out the rest.  If you know anything about me, you know that I am totally not that person.  I am the let me contemplate forever, think of all the pros and cons, weigh every option, and make a detailed plan kind of person.  Jon is very much the opposite and this is why we compliment each other so well.

Anyway, Jon and I talked about it, and we did just what everyone told us to do, we went for it.  It was terrifying and exciting all at the same time.  Every time I started to doubt our decision I remembered a quote I had heard a few months back that has resonated with me ever since:

We put it all in God’s hands and knew that if it was meant to be that it would be.

We decided on the model we wanted and planned a trip to go up there to sign the paperwork needed to start the process.  We literally had no idea what we were doing as neither of us have ever bought a house before so we decided it would be best to hire a realtor that way we would have someone who had our best interest at heart when approaching all of this new territory.

Now I am not sure that this is how it goes for every new home build, but this was our experience…

We met with our realtor the day before we had planned to sign the paperwork to tour the modeled home of the floor plan we had chosen just to make sure that was what we wanted.  We then spoke to the builders real estate agent who let us know what our lot options were and what the lot premium would be.

If you want to read more about lot premiums go here.

There were only two lots available in the “pod” being built.  If we chose not to go with one of those lots we would have had to wait for another pod to open which would not be until those last two lots were sold.  Needless to say we did not want to wait, and therefore chose one of the two lots.  We also received a discounted lot premium and really liked the area and lot that we chose so that helped in our decision making process as well.

The next morning it was time to make that big step and sign the paper work (there was lots of paper work).  First though, we had to decide on our elevation and color scheme.  There were options to chose from and limitations on the elevation based on what those of our neighbors (who had signed before us) had chosen for their homes.  The elevation we really wanted was not available because of that reason so we had to go with something else but in the end, I think we are much happier with the elevation we ended up picking in the end than the one we thought we wanted.  The color scheme was difficult as there were none that fit exactly what I wanted but two that were very close.  In the end we decided on a gray house with very dark red (almost black) shutters.  I promise it looks so much better than it sounds. 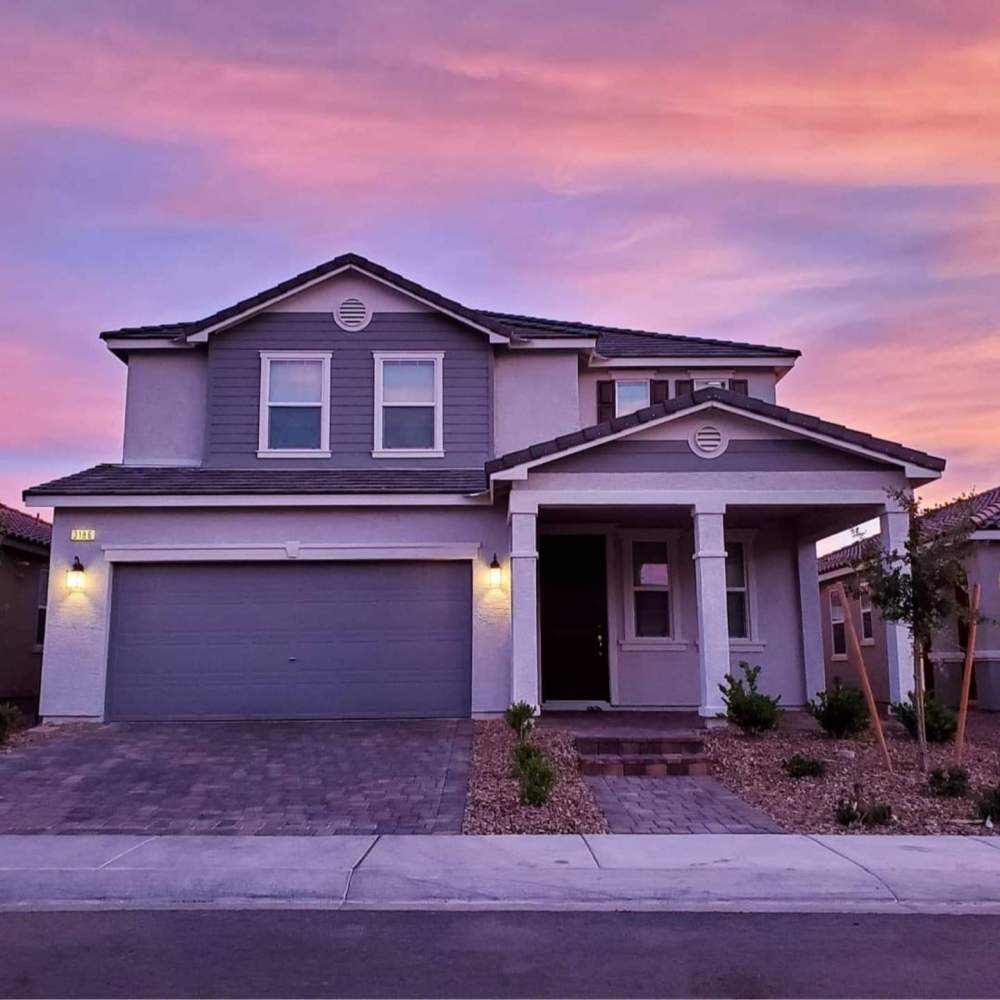 Next was choosing the structural upgrades.  We knew we wanted to upgrade the master and change the den into an additional bedroom.  We also had the option of adding a balcony and covered patio but chose to skip those options for financial reasons.  It was just not in our budget with all of the other upgrades we wanted to do to the fixtures and such.

After that it was time to sign and put down our earnest money.

If you want to read more about earnest money go here.

There were are few things we had to do to ensure that we could move forward with the build.  If we did not complete the required steps we risked losing our earnest money.  The first requirement was to get our financing in order within 30 days.  This seemed fairly simple as we were working with two lenders, the builders and one that I found through Costco, but more on that later.  The final requirement was that we select the upgrades we wanted within 30 days.  The appointment was set that day so that seemed fairly obtainable as well.  However, deadlines are scary and losing a decent chunk of money is scary too.

After signing we celebrated the huge life decision we had just made.  We were so excited, we finally did it!

Stay tuned on the initial financing and upgrade selection process!